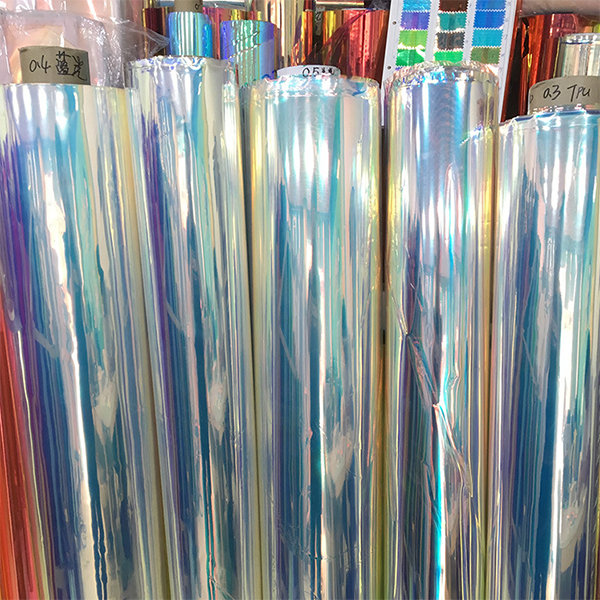 We supply Dichroic Iridescent PVC film 2020 Magical Material for making shoes, bags and decoration. We have been specialized in decoration film for more than 15 years, covering most of European and American market. We are expecting to becoming your long-term partner in China.

Making shower curtain and be used for stage decoration