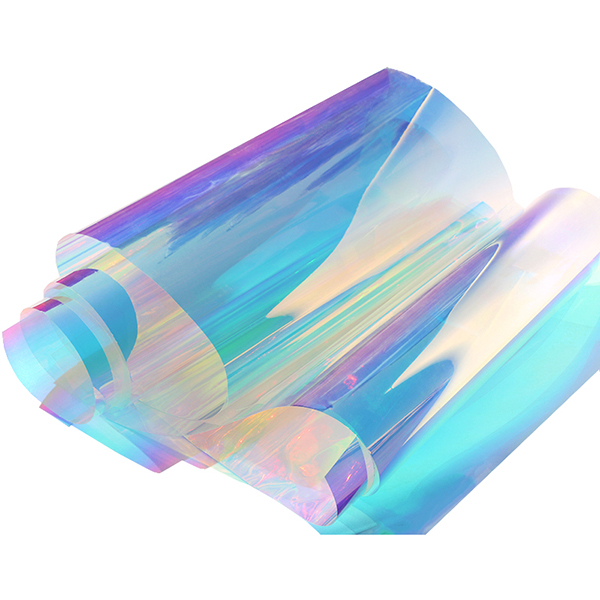 Rainbow Iridescent Self Adhesive Window Film fills your space with constantly transforming warm colors and are available in a variety of textures and levels of light transmission. Iridescent Glass Film also provides excellent privacy by obscuring direct visibility and allowing excellent light transmission.. We have been specialized in decorative film for more than 15 years, our iridescent window film is popular in most of European and American market. We hope to become your long-term partner in China.

• The color-shifting effect of dichroic glass is a magnificent addition to any space, but can also add substantial cost to a project.

• With RG dichroic films, the same brilliant effect can be achieved, with color shifting from different angles, plus simple application and at a fraction of the cost.

• RG dichroic films can take on a completely different look, defining your space in an altogether original way.

• Made of premium materials, the shimmering textures are available in warm and cool tones.