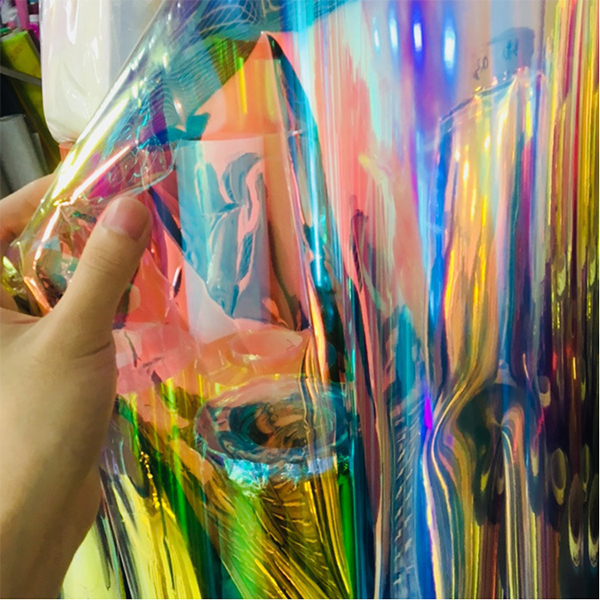 We supply Dichroic Iridescent TPU film 2020 Magical Material for making shoes, bags and decoration. We have been specialized in decoration film for more than 15 years, covering most of European and American market. We are expecting to becoming your long-term partner in China.

Dichoric iridescent TPU film is made of TPU film and PET fantasy film.TPU film is environmental friendly comparing to PVC film. The iridescent color laser effect is extremely shining and moving under the light, as the light angle moves, the reflected color effect also changes constantly, so dichoric iridescent TPU film, in addition to being used to make fashion handbags, makeup bags, can also be widely used in all kinds of high-end stage design and decoration.