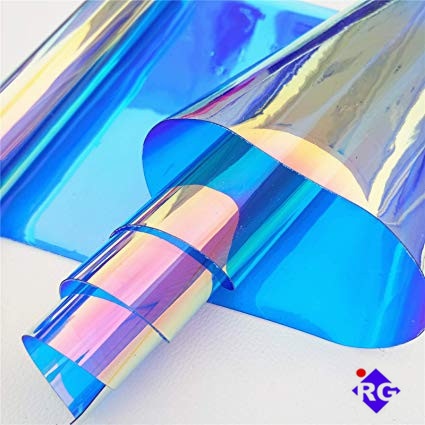 0.2mm Dichroic Iridescent PVC film Magical Material for decoration, art design and crafts is the lamination of PVC and iridescent film, which is widely applied in decoration of bags, shoes and clothes. It's also an ideal material for art design and making crafts. We have been supplying all kinds of decoration film for more than 15 years, our products are sold to most of European , American and Asian market. Contact us now, we will offer you good quality with best service.

Iridescent PVC film is made of PVC film and PET fantasy film.

The molecular quantity of industrially produced PVC is generally in the range of 50,000 to 110,000. It has a large poly disparity, and the molecular quantity increases with the decrease of polymerization temperature. Without a fixed melting point, it softens at 80 to 85°C and become viscoelastic at 130°C. Be viscous flow state in 160~180°C, has good mechanical properties, tensile strength is about 60MPa, impact strength 5~10kJ/m2; has excellent dielectric properties.

The iridescent color laser effect is extremely shining and moving under the light, as the light angle moves, the reflected color effect also changes constantly, so dichoric iridescent PVC film, in addition to being used to make fashion handbags, makeup bags, can also be widely used in all kinds of high-end stage design and decoration.

Making shower curtain and be used for stage decoration 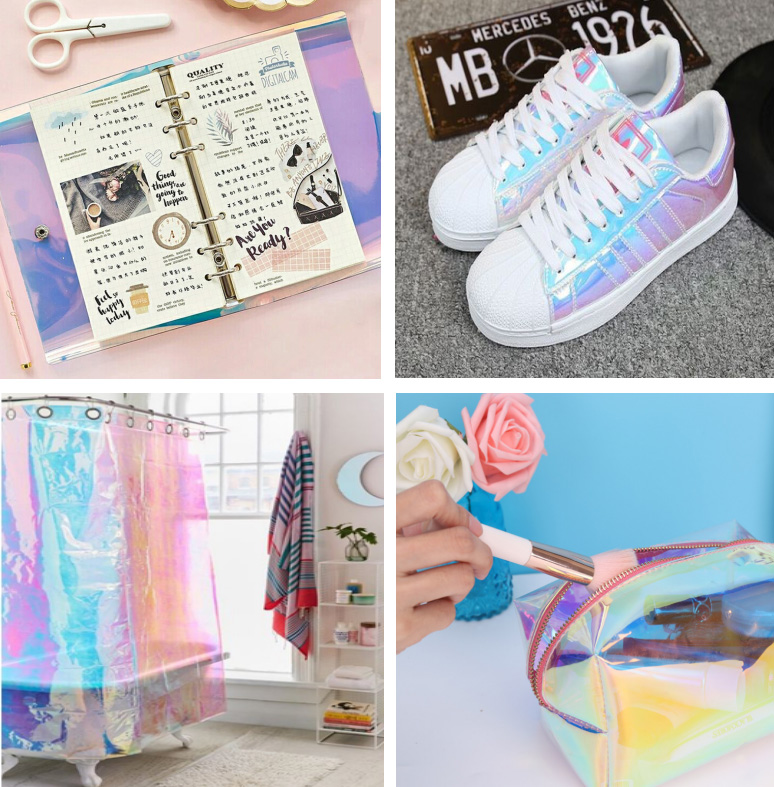 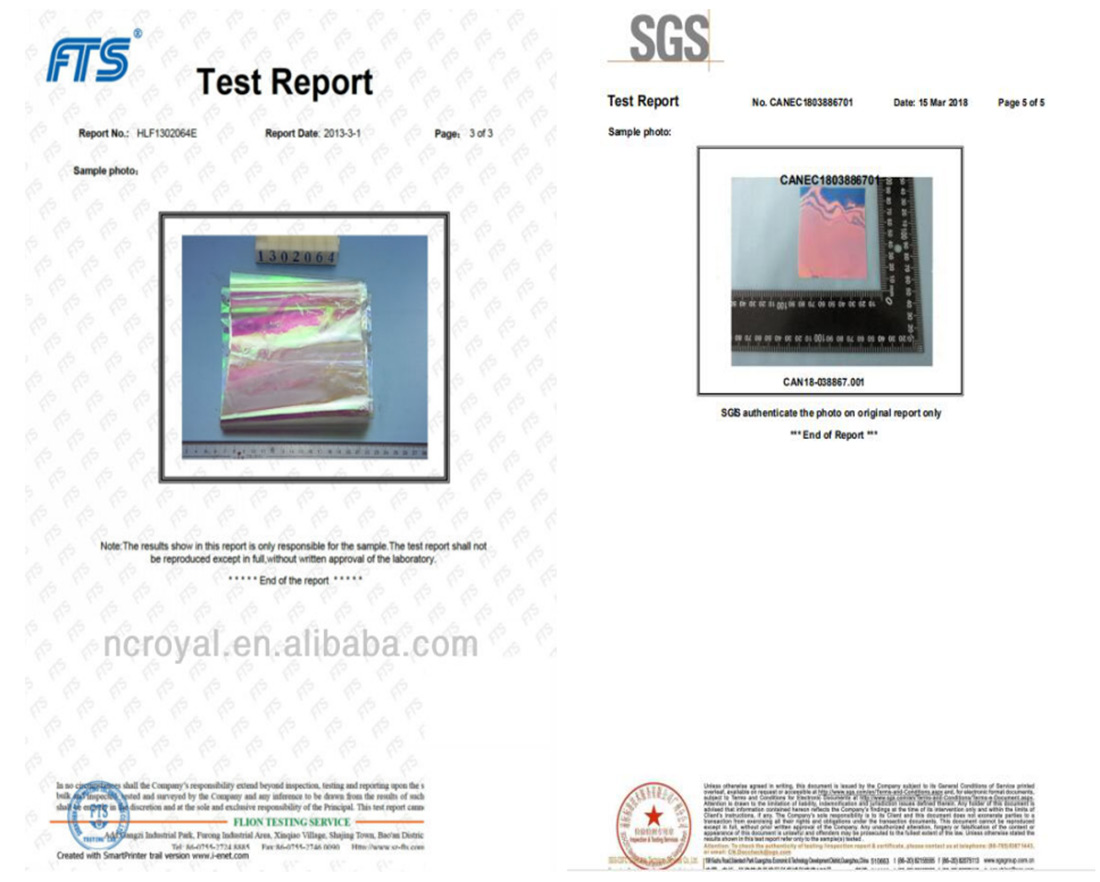 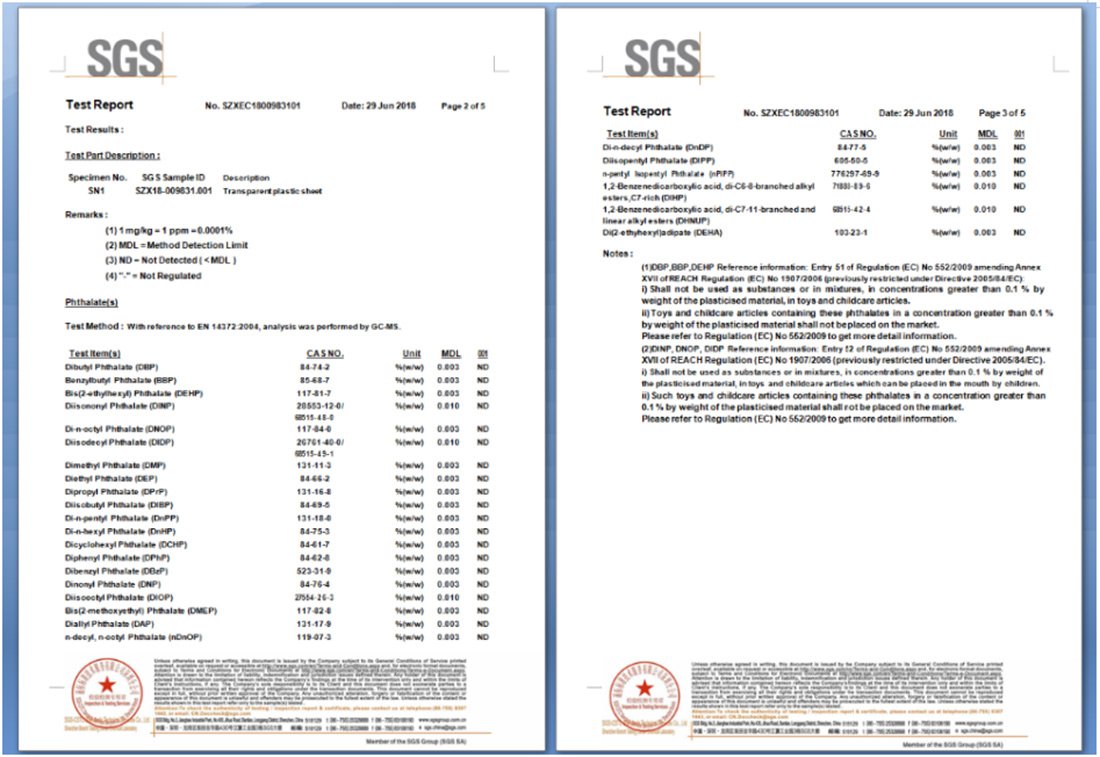 5. Are you able to manufacture our designs, sizes and colors?
Sure. It's really helpful if you have a bright idea of the items you want.